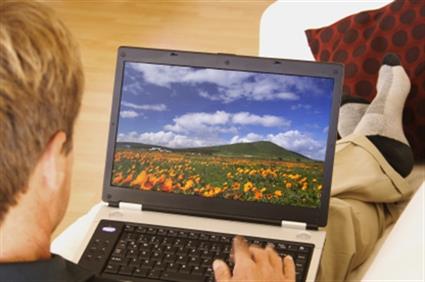 The number of work-from-home franchises has exploded and is helping to meet a growing demand for part-time business opportunities, reveals FranchiseSales.com.

Jeremy Mandell, head of marketing at Dynamis, the company that runs FranchiseSales.com, believes the growth in the number of work-from-home franchise opportunities is a godsend to the labour market:

“The surge in home-based internet franchise opportunities couldn’t have come at a better time. The worst recession since the 1930s has produced a rise in unemployment so far modest compared to the 1980s peak, which some analysts have attributed to many companies cutting their employees’ working hours instead of shedding jobs. Therefore a lot of people are searching for part-time, flexible work and online businesses are helping to meet this demand.”

This is backed up by the fact that 40% of thousands of franchise seekers polled by FranchiseSales.com see a franchise opportunity as a means to supplement an existing income.

As these figures show, food-related franchises don’t dominate the industry as much as you might think

Explaining the rise in home-based businesses, Mandell says: “The internet has become increasingly integral to every sphere of life, including commerce, so the opportunities to run a profitable home-based business have multiplied.

“As broadband speeds continue accelerating and the percentage of the population using the web to buy goods and services rises inexorably, it’s no surprise that web-based franchises have grown in number.”

He adds: “Because you don’t need a shop front and you can sell goods without checkout staff or sales assistants, you can run an online business from home with a much smaller commitment, financially and in terms of time. This also applies to franchising, where you get training and support, the business model is already established and proven, and marketing and strategy tends to be done for you.”

The business-to-business sector, where businesses sell goods or services to other businesses, is a major sector in franchising. Four hundred and fifty-five of the 1,751 franchise systems advertised on FranchiseSales.com appear in the B2B franchise category, which includes services such as marketing, accountancy, consultancy, courier, IT maintenance, recruitment, training and tax.

Jeremy Mandell explains why he thinks business services are so suited to the franchise model: “Businesses appreciate that franchise systems deliver a standard level of service and enjoy economies of scale, and so can often offer lower prices.”

B2B franchises are popular among prospective franchisees with 36% of respondents saying the sector interests them, and as aforementioned, these buyers are well served by the market. Many of those indicating an interest in business services said they saw them as fairly recession-proof, as they were selling products indispensable to businesses.

However, the food sector is popular with more buyers even than these sectors, attracting 40% of the vote, while only 366 franchise opportunities on FranchiseSales.com are food-related, 21% of the total.

“If you ask people to name some franchises then they’re likely to reel off brands like McDonald’s and Subway," says Mandell. “But as these figures show, food-related franchises don’t dominate the industry as much as you might think.

“And yet they remain immensely popular with franchisees, so this is clearly a hugely competitive sector.”

Asked why they wanted to enter the sector, people choosing food franchises often perceived them to be recession-proof because they sold an essential good at generally very low prices. Other reasons given were that they were unlikely to need previous culinary experience and the sector includes some of the world’s most iconic brands.

“From Subway to Burger King, food franchising has some of the world’s most famous brands. Among business opportunities, they’re as close as you get to a ‘Sure Thing’, brands which people know, recognise and trust,” says Mandell, who adds: “Aspirant franchisees were also right in thinking that sector-specific experience was not generally needed and that their products sold as well in downturns – sometimes better – than they did in economic good times.”

As well as the security and size of the potential income, franchise seekers also commonly consider how suitable a franchise opportunity will be as a ‘lifestyle business’, which comprises two elements.

“First, there is work-life balance,” says Mandell. “55% of respondents strongly agreed with the statement ‘you want a change in lifestyle or to escape the rate race’. Many franchises, particularly home-based franchises, are perfect for reducing working hours and stress.
“The second aspect of a lifestyle business is whether you enjoy it, whether you have a passion for it. This is invariably the principal motivation in sectors like pet services, which tend to attract animal lovers only, or children’s entertainment or daycare, where those who enjoy working with children obviously excel.”

The views of franchisors were also surveyed. Asked where their leads came from, 83%  said the majority came through online channels, with only 8% saying offline channels were more productive and just 9% claiming they were about the same. Offline channels fared better in terms of the number of leads which ultimately resulted in franchisees actually joining the network, but internet directories still accounted for the majority, 60%, while 14% said offline yielded the most franchisees and 26% said there was little difference.

As well as using FranchiseSales.com and other online directories, 77% of franchisors use trade shows and exhibitions, 59% use the national press, 58% use trade publications, 42% local press and 14% radio.

Seventy-six percent of franchisors considered franchise directory websites such as FranchiseSales.com the most cost-effective forms of recruitment. Sixty-two percent allocated more than 30% of their media budget to online advertising in 2010, 12% spent 20-30%, 6% allocated 15-20%, 6% allocated 10-15% and 15% allocated 0-10%.