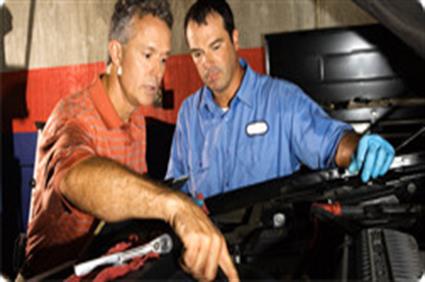 Dallas-based Franchiser Eagle Transmission has announced that they are planning at least 50 new Transmission and auto repair franchise shops for the Southwest.

They have begun interviewing Area Developers who will operate and supervise multiple shops in different regional territories.

"We see a growing need for our shops in the Southwest. Folks are keeping their cars longer, and the market for repairs has been increasing in the past few years, especially in a slow economy," says David Block, President of the Eagle Transmission automotive franchise company.

"Just like we're doing in Austin and Houston, Texas, we are looking for good business operators to help us spread our wings with more shops. Our services cater to people who need their vehicles in good working condition. In these tough times, it's a better investment to fix a good car, rather than buying a new one.".

Marty Schultz has owned an Eagle Transmission shop for almost 20 years in Mesquite, and recently bought a franchise in the Richardson area, both suburbs of Dallas. New Area Developers will be initially trained in his Dallas area shops.

"The Southwest has tremendous potential for our repair services, and for fleet services, too." Mr. Schultz' shops are among the highest grossing shops in the Eagle chain, with sales exceeding $1 Million per year.

Eagle has 23 shops in Texas, most in the DFW area, 3 in the Austin area, and 2 in the Houston market. Starting in Dallas in 1983, Virgil Block, David's father, built the only Texas-based transmission franchise chain.

Now Eagle is on track to expand throughout Texas, Colorado and the Southwest, beginning early next year. Their goal is to find Area Developers who can supervise multiple shops in each major city.