Why Buy a Food Delivery Franchise?

Are food delivery franchises a recipe for success? We take a look at the options

As a nation of workaholics, the health conscious and the elderly are becoming an increasingly large part of society - so, the success of the food delivery industry is inevitable.

People want to be healthy, but they just don’t have the time to wander around the grocery aisles and the elderly can find it difficult to go out and do the weekly shop. As a result, both groups are likely to have their food delivered instead.

Here we look at the opportunities (both current and potential) available in the food delivery franchise industry.

Organic is not a new phenomenon. The movement was initiated by a collective of farmers in the early 1900s as a response to the growing use of pesticides and synthetic nitrogen fertilizers.

The production method was initially regarded as a fad, however, it is now considered a large portion of the food market.

Due to the work-life balance of today (let’s face it, a lot of us are working past 5 o'clock), finding the time to visit the shops can seem impossible.

Yet people are also tired of the weekly mega-shop, with many shoppers losing faith in the ethics of the major supermarkets. Think the horsemeat scandal, Tescos' 'over-estimated' profits, 'wonky fruit' thrown away... the list is endless and rather detrimental to the supermarket industry.

A healthy compromise has been food deliveries from local farms, straight to homeowners doorsteps.

Just one example is the Riverford organic franchise. Started over 25 years ago by founder Guy Watson, the business was inspired by a knee-jerk reaction to the negative way that supermarkets would treat smaller suppliers.

Now they have a dedicated network of over 70 franchisees delivering to around 50,000 homes a week. They offer fresh, seasonal organic fruit and veg alongside RSPCA award-winning organic meat, cheese and pickles. Riverford produces the food, while the franchisees market and deliver it.

A few other examples are Farmdrop and Abel & Cole (however, both are currently non-franchised).

The UK has an ageing population, with around 10 million over the age of 65 and by around 2030, it is predicted that the figure will rise to 15.5 million. With such dramatic increases, demand for meals delivered to the door specifically for the elderly has risen, meaning that there is much potential in the market.

Oakhouse Foods franchise has been operating nationally for 20 years and delivers a selection of frozen meals and desserts to customers’ homes.

Generally, most of the customers order weekly or fortnightly (choosing from a vast range of over 300 dishes), meaning that a solid business can be built.

Franchisees of Oakhouse act as distributors within an exclusive area and hold a 10-year renewable contract.

An upcoming trend has been to deliver the exact quantity of ingredients within recipes to the doors of customers.

Not only does this save a lot of time for the customers buying (no weighing needed, nor wandering grocery browsing!), it also saves waste as you’re only buying what you need.

Gousto was initially started by two friends in 2011, who found it difficult to find time to buy ingredients from various grocery shops and cook them. The website allows you to select people you want to feed (two or four) and three meals from that week’s recipes.  You will then be given a price for the box.

HelloFresh is similar, however, it provides you with three options: Classic Box, Veggie Box and Family Box. Unlike , you don’t choose the recipes but within each they’ll provide you with the ingredients for either three or five per week for two or four people.

As you can see, there are a variety of opportunities in the food delivery industry, but it's also obvious that the market is ripe for expansion.

Could you invest in a franchise, or maybe even establish your own franchise network? If you’re passionate about food and 'a people person', it may be worth seriously thinking about.

Rose Hill is an in-house journalist and writes for all titles in the Dynamis stable including BusinessesForSale.com, FranchiseSales.com and PropertySales.com as well as other industry publications. 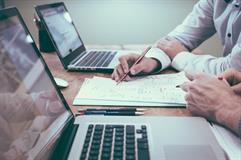 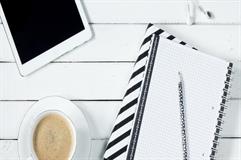 The 10 Steps to Buying a Franchise
Have you had enough of your 9 to 5 job? Have you ever thought of franchising? 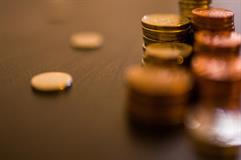