Subway franchise: the story of Fred DeLuca and Subway 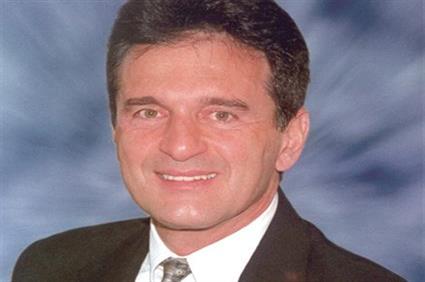 Fred DeLuca founded the Subway chain in Connecticut, USA in 1965.

The company has since grown into a multi-billion pound business, with over 32,000 Subway franchise outlets in 90 countries.

We spoke to Fred about the secrets behind the success of the Subway franchise system and learnt about what he considers to be the qualities needed to be a successful franchisee.

Fred’s story began in Bridgeport, Connecticut during the summer of 1965 – ‘Help me Rhonda’ was playing out of every radio and Lyndon Johnson was in the White House. As an ambitious 17-year-old high school graduate, Fred was looking for a way to make enough money to pay for his university tuition learning to become a doctor.

“I remember it was a hot and sunny afternoon and we were at our close family friend, Dr Peter Buck’s house for a barbecue,” Fred recalls. “I was worried about how I was going to pay my college tuition fees with the $1.25 per hour job I was doing at the local hardware store, so I decide to ask Pete for advice.”

The response was not what he was expecting. Dr Buck told him to open a submarine sandwich shop as he’d seen a sandwich shop in his hometown experience huge success. He explained that if Fred was willing to do it, he would be his partner.

Little did he know that the decision he made that day would not only pay for his education, but mean financial independence for him and many other people around the world.

Fred continues: “With a $1,000 loan from Dr Buck, our partnership was formed and we opened Pete’s Super Submarines in August 1965. There is no doubt that the first year was a huge challenge and a learning experience for us both, but we persevered and opened our second store a year later.

“We learnt on our feet and quickly realised that marketing and visibility were going to be key factors in the success of our business so the third outlet was in a highly visible location and it’s still serving sandwiches today.”

Over time the name was shortened from Pete’s Super Submarines to Subway and the familiar bright yellow logo was introduced.

The next step was to formulate a business plan that outlined the sandwich chain’s goals and the entrepreneurial pair set themselves a target of 32 stores within 10 years.

In an effort to reach their goal, Fred and Dr Buck decided that the best way to expand the business was to begin franchising, giving others the opportunity to succeed in their own business venture. Fred’s close friend, Brian Dixon, was to be the first franchisee in 1974 – when he opened his first store it soon changed his life and the way the company did business.

“We’ve continue to learn and adapt as the chain has grown,” says Fred. “We’ve experienced phenomenal growth across the world, which is an achievement that reflects the entrepreneurial spirit of all our development agents and franchisees, together with the power of the Subway brand and the strength of our systems and policies.”

The ubiquitous chain’s franchise system has widespread appeal. Low investment, simple operations and unparalleled support make it an attractive proposition for entrepreneurs across the world. Seventy percent of new outlets are sold to existing franchisees.

“Franchising is all about working to a tried a tested system and it is vital that people choosing to do it can work within the parameters of the franchise’s existing processes and procedures,” Fred says. “That’s not to say you don’t need entrepreneurial spirit to succeed, however if you see yourself as a pioneer you may be better suited to running your own business outside of a franchise system.”

The SUBWAY® chain rigorously tests potential franchisees to assess a candidate’s suitability. The attributes they’re looking for include a passion for the brand and products, motivational skills, business acumen, organised and a good communicator.

“We always recommend to anyone looking at franchising that the first step is research,” advises the founder. “Check out the actual and predicted growth data of your preferred franchises.

“Make it a priority to read the franchise media and attend local franchise exhibitions to get a good feel for what your options are. Look at the capital investment and talk to your bank about what the best fit for your financial situation is. These actions will mean you find the right opportunity for you.”

He continues: “Once you’ve found the right franchise, it should be a priority to get to know every aspect of your business and we always recommend our new franchisees ‘work the line’, which in our business means working behind the counter as a ‘sandwich artist’. Mastering all aspects of your business is invaluable and will mean you have the overall knowledge to direct the business effectively.”

It’s advice like this which has enabled thousands of SUBWAY® franchisees across the world to run successful businesses.

The SUBWAY® chain itself continues to go from strength to strength and in January 2010 was once again named the number one franchise opportunity by Entrepreneur magazine in its Annual Franchise 500 Ranking. The ‘Franchise 500’ rankings are the most comprehensive franchise rankings in the world and consider many factors, including financial strength and stability, growth rate, the size of the system and start-up costs.

This is the 17th time in the past 22 years that the prestigious top honour has been awarded to the SUBWAY® chain.

Not a bad result for a 17-year-old kid trying to fund his way through college!