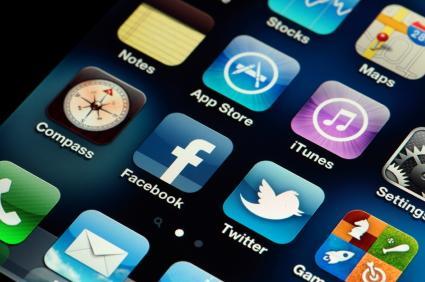 Once Google decided to map the world right down to its bicycle paths and Pret A Mangers, the pioneer of online cartography - whose maps now look like a relic from a bygone age - was doomed, even if it limps on for now.

It’s a fate that has befallen countless dotcoms. No matter how runaway a website’s success is, it can quickly come to a juddering halt, as Friends Reunited and MySpace could also attest.

Dotcoms can still attract billion-dollar valuations after just two years’ trading – see photo-sharing app Instagram, which was sold to Facebook for $1bn in 2012, as a good example – but they can also be eclipsed in equally dramatic fashion.

“Look for a franchise that is always innovating and developing,” he says. “So many businesses develop a product which worked three years ago and just franchise it like mad to try to make as much money as possible, but they never develop their product.

So many businesses develop a product which worked three years ago and just franchise it like mad to try to make as much money as possible, but they never develop their product

“I’d say those are the businesses that are risky to get involved with because times change. For an online business, everything’s old within three months so you really need to look for a company which is always innovating and at the forefront of what they’re doing.”

The durability of business models should also be an important factor when you’re researching internet franchises. Even if an internet franchise is thriving today, how fireproofed is it against insurgencies from better-resourced rivals?

Could you envisage, for example, Google launching a rival service? A terrifying prospect.

As the social media arena stands, the search giant is arguably the only tech company which can credibly challenge Facebook’s monopoly. A gatekeeper for 80% of all web searches and with 425 million Gmail users to target, the search-engine giant enjoys enough advertising power to overcome the catch-22 quandary deterring new entrants to the marketplace: how to attract users to a social platform with no one to socialise with?

Be prepared before taking flight

Anticipating web trends isn’t easy of course. Just ask Rupert Murdoch, who shelled out $580m for MySpace in 2005, a year before Facebook launched.

All you can do is research your market as best you can, ascertaining the level of competition and spotting trends that signal a change in future trading conditions.

You could argue that the more niche a product is, the more likely it is to escape the attention of the major players. A multibillion-pound industry like flight-booking aggregation, on the other hand, was always vulnerable. Sure enough, Google has provoked consternation by encroaching into the flight-booking sphere. Launched in 2011, Google Flight Search has irritated rival aggregators like Expedia and Kayak.

For online franchisors to stay ahead of the chasing pack in such a rapidly changing arena it is vital that they strive, constantly, to improve. So ask these franchisors about the size, composition and expertise of its web development team.

Whether it’s building a mobile-friendly version of the site or incorporating ‘live chat’ software, web development evolves at a dizzying rate. You have to move forward even to stand still.

Finally, beware franchisors exuding an air of complacency. An admission that a website has fallen several rungs for key Google searches is commendable only if followed by a plausible explanation of the cause and how the franchisor intends to arrest the slide.

This is preferable  to a franchisor boasting airily of its current lofty Google position, while offering no game plan for meeting the challenges ahead.